Now, let's think a bit about deflation. The recession (deflation state) directly caused by the strong yen is the strong yen deflation. If the yen strengthens, even if the yen price does not rise, the dollar price will rise and the export volume will fall. Even if the export volume is the same as before the yen appreciation, the amount of yen received by exports will decrease. As a result, exporters and export industries are in a slump in sales and profits. The appreciation of the yen has spread throughout the Japanese economy through a decline in capital expenditures and employment focused on exports. The first appreciation of yen occurred following the Nixon Shock in August 1971. According to the official economic cycle history of the Economic Planning Agency, the first recession caused by the appreciation of yen had been for nine months since January 1977. The second one had been for 17 months since June 1985. In the spring of 1995 the yen rose sharply and on April 19, the yen hit a record high in the Tokyo foreign exchange market, which was one dollar = 79.75 yen. After that the yen stabilized at around US $ 1 = 85 yen until the end of June, but since mid-September it turned around 100 yen. This strong yen also made the economic situation in 1995 uncertain.

Demand deflation occurs when total demand is below total supply. In other words, the decline in prices caused by the existence of the deflation gap is called demand deflation.

Asset deflation is the decline in asset prices such as land and stock. This was seen during the collapse of the bubble economy. In Japan the asset inflation occurred easy lending because land prices continued to rise at that time and lending was secured by financial institutions. The mystery of land price rise disappeared due to the collapse of the bubble and land prices continued to fall. The financial institutions with bad debts were delayed in management reconstruction, which caused delays in getting out of recession.

Regarding debt-deflation, Fischer concluded that in a recession, prices would fall and the real debt of borrowed debt would increase, making it more difficult for companies to repay their debts and make it more difficult for them to escape the recession. In addition, office workers who have purchased real estate are not only struggling to repay their debts but also suffer losses due to the decline in the value of the real estate acquired. That is why the last recession was prolonged. Currently not only companies, but also developing countries whose currencies have been depreciated have increased the burden of debt and it is required to reduce those debts. Even in the bursting of the bubble the burden of debt seems to have slowed economic recovery.

Looking at deflation like this, you can understand the situation at each time. In economic management up to now, if we were able to analyze the situation, we could take concrete and useful measures. But it will be different in the future. 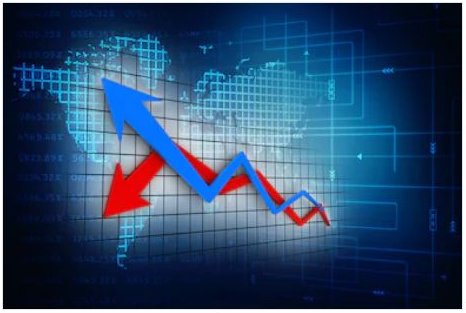