In my house there was an electric heater purchased by my father's brother before the Second World War. It had been kept in the warehouse and we found it when we went into the dark warehouse to look for something unusual with neighborhood friends. It was just like a curious childish adventure. However my grandparents and parents did not use it considering the possible blackouts and electricity bills. The use frequency of electric heating stoves for cooking that consumes a lot of electricity was low. I think that the reason why the lighting changed to a fluorescent lamp was that energy efficiency was good and the brightness was large even with the same power consumption amount. This indicated how important it was to use the precious electricity carefully and all the family members understood that. It is not limited to electricity and energy, but it seems that people with a shortage can understand the gratefulness, experience inconvenience and can devise, invent or discover to overcome the inconvenience.

We have two children. Out daughter was born in 1972 (1972) and our son in 1974. They are in the generation called the second baby boomers. Children of the first baby boomer age generally should have been grown very blessedly from the time of birth materially with such as television and automobiles. So, it cannot be helped that the concept of patience, hardships and ingenuity is thinner than the parent's generation.

We were not so rich financially (still so), but we both understand the importance and necessity of education. Therefore, when our children hoped for university education, we cooperated with them in realizing it, but we made them choose the path of independence financially. We paid the school expenses of the university and the apartment fee as a place of daily life, but we made them pay for food and entertainment at their own expense. It is one of social studies in a broad sense to have scholarships paid and return them on their own. They have to get the sense of money use and the common sense about money by themselves before graduating from university; otherwise it is they that will be in trouble later.

University education is not for parents. The cost required for university education is the いんinvesting money for his or her own future course he or she chooses. There is a limit to the amount of investment the parent can pay to cooperate with children’s education. Although this limit will vary depending on the family, too much cooperation above the limit amount leads to pampering. And no good results to both parent and child can be obtained.

Giving something more than necessary or pampering never produces good results. The pampering state where the Japanese students go back home and they are secured to sleep even without studying at school is one of the reasons why the studying motivation of today's Japanese student has gone backwards and disappeared. That would be the cause of the mismatch between employment and job seekers when the latter start working.

Although the story took a leap from the energy problem, the excess supply and the overprotection never grow up the ideas or ability to nurture the next generation. It is much easier to pamper than to make it hard, but it is important to be strict and to put up with your heart as a demon. 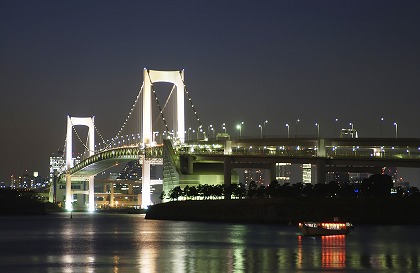