Mass production and mass consumption may be the path that we must experience and pass once because we humans have material desires. We may not reflect ourselves until we reach the point where we are troubled with the garbage and its disposal method. We must learn from those countries that have experienced these conditions and problems and we must share those lessons with other countries so that the same mistakes are not repeated on the earth. Garbage can be consciously reduced. In short, it is possible if we don't buy things in no need. As in Tokyo, people should py for garbage collection. The garbage should be recycled instead of discarding it. Of course, this requires regulation at the production site. It may require insane thinking in a capitalist economic society.

Garbage is not just material. There is a lot of waste in software and they are also garbage.

I think that the richness of hardware and software is not always proportional to the height of culture. This seems to be reflected in the phenomenon of current urban dwellers migrating to the countryside in search of a place of life. They often feel relaxed in the scenery they see for the first time when traveling.

It is inevitable that a mass production and consumption society is where a large amount of waste is produced. In the future, there is no choice but to shift our economic society to a resource recycling type one. The practice has begun in a variety of ways and zero emission factories that do not emit any waste have already emerged. By recycling all garbage from factories that used to be incinerated or discarded as industrial waste, we achieve zero garbage. For example in a brewery, a large amount of malt squeeze is used as feed for farmed fish and the recovered crown is used as raw material for construction rebar. Recycling seems to be economically negative today as processing costs are still higher than disposal costs. However, for a company in a leading position there is a positive aspect other than economics in terms of improving morale within the company from awareness of social contribution.

One of the garbage recycling methods is garbage super power generation.

Deep ocean waste disposal has been proposed as a waste disposal method but I think this is not a fundamental solution. Land disposal of waste is not easy due to environmental issues. An American researcher group thought the seabed disposal to be safe and proposed one million tonnes sludge disposal test on a 5000 meter deep seabed 500 km offshore. This is a self-righteous American idea. 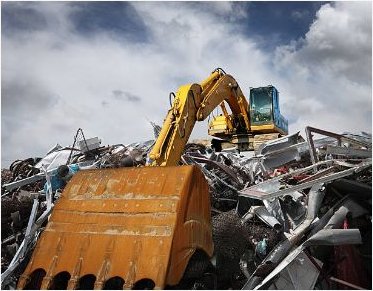